Soooo, we got married awhile ago. Like, I’m talking more than 2 years ago. But, you all voted and it seems as though you still wanna see pics! I’ll tell you a little bit about how we met, how he popped the question Pt. 1 and deets of the wedding Pt. 2. I hope you enjoy our very unique story and all the fun pictures 🙂

Brandon and I met in March 2008. It definitely wasn’t “love at first sight“…well, for me anyways. I was actually “hooking up” with another guy on the UWP lacrosse team the night we were introduced. Hahahaha, it’s the truth. I remember they called him “Shoes” because he owned so many different pairs of adidas shoes. He was wearing a black adidas baseball hat, a black adidas t-shirt, hammer hole jeans, and adidas tennis shoes. I think he maybe said “hi” to me.

The next morning, the guys had a lacrosse game. I went to watch Matt. The guy I was “hooking up” with. After the game, I remember going up to “Shoes” and saying “nice shoes”. And from that moment on, we became best friends. We chatted for hours on aol instant messenger. We consistently burned through our 250 text messaging limit, just talking to each other. We ate lunch and dinner together at the PSC almost daily. We studied together, walked to class together, we were basically attached at the hip.

One day, he asked me out…you know, like “will you be my girlfriend?” and I said “yes”. But then, after less than 24 hours later, I dumped him. I just wasn’t into him that way. He was just my friend, my BEST friend, but nothing more. He was basically really devastated. I mean, who dumps someone less than 24 hours later? Me. I do.

So for the next 3 years, we stayed friends. I dated another guy…a douche bag. Sorry, pardon my french, a jerk. It was a real bad, toxic relationship, that I stayed in for way too long. But, I was in love and blindsided by it. Brandon sat by my side through every tear filled night, through every fight, through every heart break. He even got mad at me a few times when I got back together with the jerk after I promised I wouldn’t. But he never stopped being there for me. After I finally said my last goodbye to that relationship, I decided to give Brandon a chance. I mean, he deserved one.

I will always say that he has loved me since that day I said “nice shoes”. He loved me first and has loved me the longest. Awwwwh, pause for a dramatic romance moment.

So on December 1st, 2010, we started dating…for the second time. It was a little weird, but also felt so right. Like, I asked myself, why did I resist for so long? But then, you guessed it, we broke up. Again. Because it was our senior year and I liked to party and drink and have a good time and I didn’t want to be tied down to someone the last few months of college. So that next spring, I broke up with him. 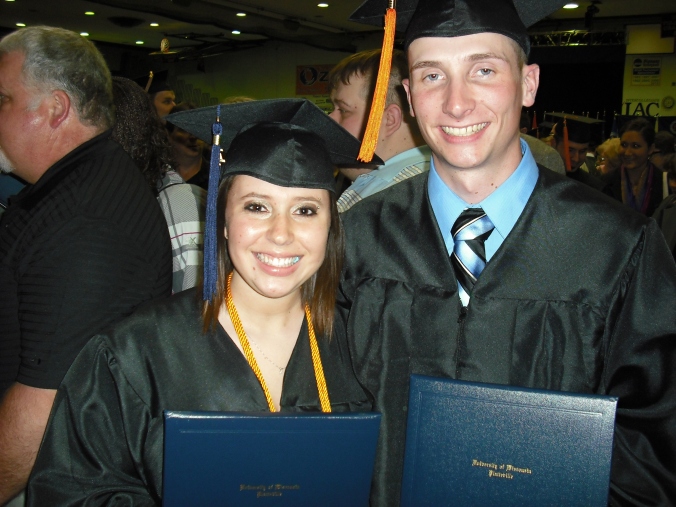 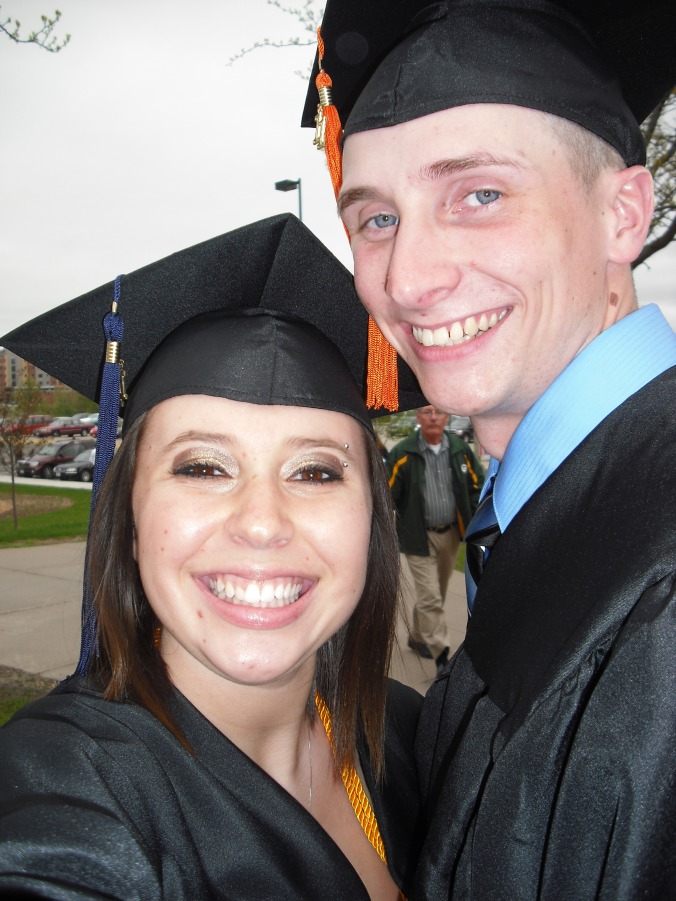 Now remember, we are currently not dating. But on October 15th, 2011, at a Wisconsin Badger Football game, he did in fact, ask me one more time, “will you be my girlfriend?” and I said “yes” for the 3rd time. So naturally, he asked me to move in with him in his apartment in Waukesha. And I thought it would be a good idea to be closer to a bigger city, in hopes to find a job I actually went to school for. Now, some of you may be thinking that it was too fast to move in with someone immediately after starting a dating relationship. But we have known each other for so long by this point that we basically were the same person. So don’t you worry, things were just fine!

Fast forward to March 2013. We were on a vacation to Florida visiting my Aunt and Uncle in Pinellas Park. We got away that day, the 9th, to watch a Tampa Bay Rays spring training game and have dinner on the beach. Unfortunately, I didn’t pack a pair of sandals for our day trip, so we had to make a quick pit stop at Old Navy to buy some. A quick pit stop turned into an hour and a half of a very frustrated and indecisive Lindsey. FINALLY, after buying a random pair of sandals and a sweater to wear over my maxi dress, we were en route to the restaurant. 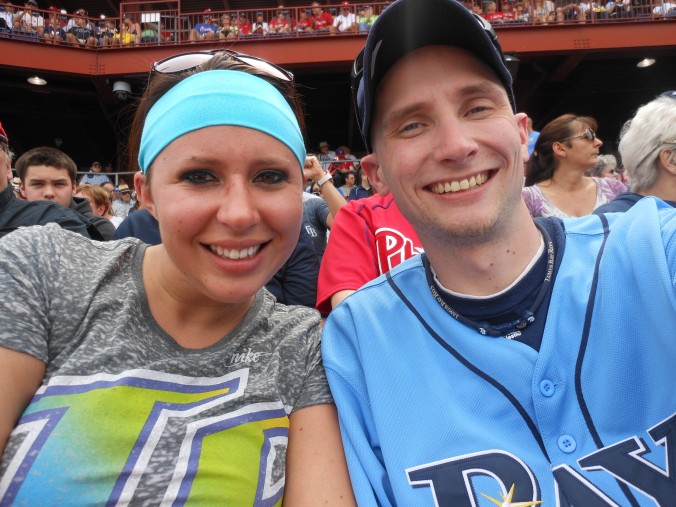 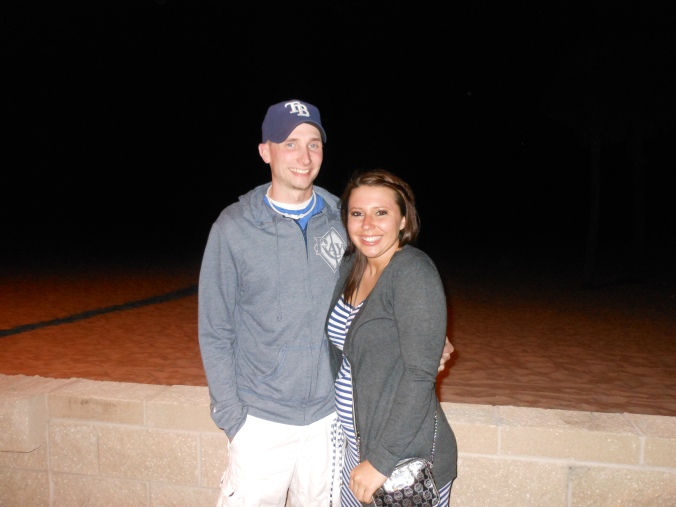 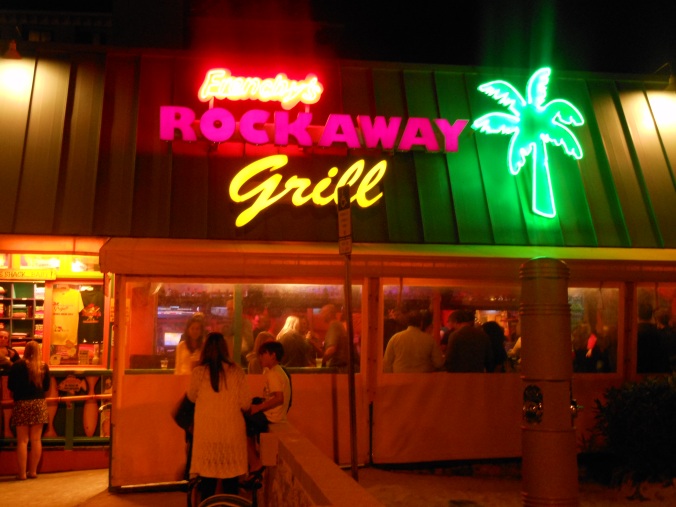 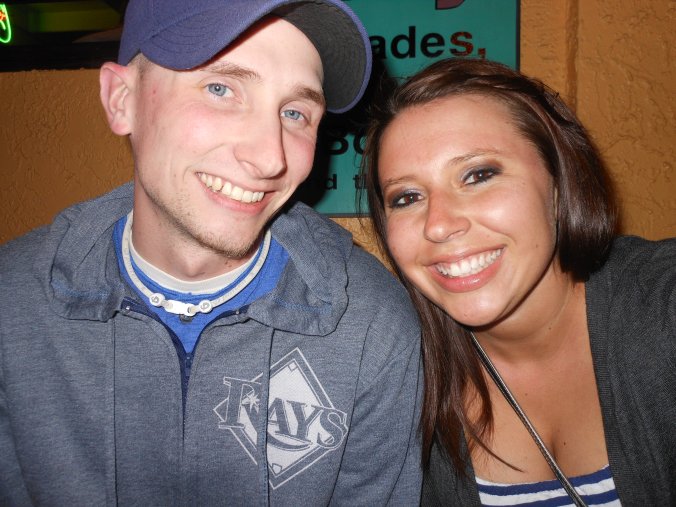 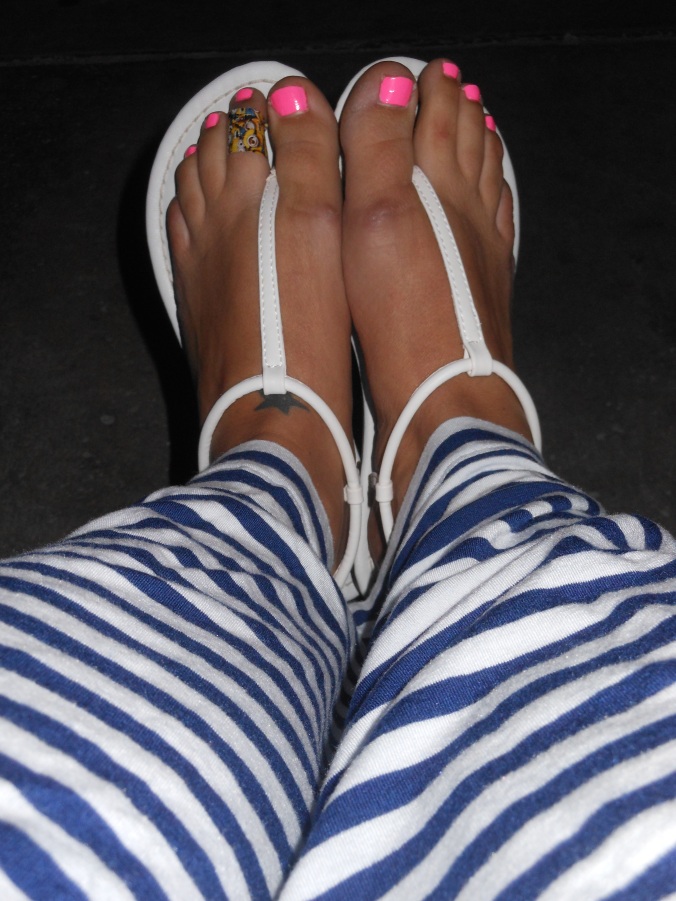 Frenchy’s Rockaway Grill on St. Pete beach, there was a pretty long wait. We sat down, ordered and started to eat. I noticed Brandon was acting so weird. Like, he wasn’t eating all of his pork chops and he loves pork so I asked him if he was feeling okay. Yes. I asked him if he needed to go take a poop. No. I asked him if they tasted okay. Yes. And finally I said, “well jeeze, you aren’t going to like, propose, are you?” He sort of shockingly laughed, “no”. So we ordered a dessert, to-go and headed towards the car. He said, let’s go eat our dessert on the beach and I’m like “um, it’s dark outside, let’s just go walk down there”. So we put the dessert in the car and headed towards the water in the pitch black, dark AF sand. I was trying to take pictures with my phone and when I turned around, I felt him sort of hold my arms to stop me from moving.

He starts saying all these things. And to be honest, I don’t remember any of them. All I kept saying out loud was, “stop it, no, shut up, you aren’t, you can’t be?, no, this isn’t real, what? stop” over and over again. Until finally, he was down on one knee with a box in his hand. I mean, of course I said yes, but like I said, he could’ve asked me to run a marathon, I had absolutely no clue what he actually was saying. And I regret acting like such a fool, but that’s what happened. So after I got this ring on my finger, I pulled out my phone to use the flashlight to actually see what it looked like, and he’s such a smart guy, he bought the morganite pear that I wanted. I was squealing! We headed back to the car and I immediately called my mom. It was awesome :). 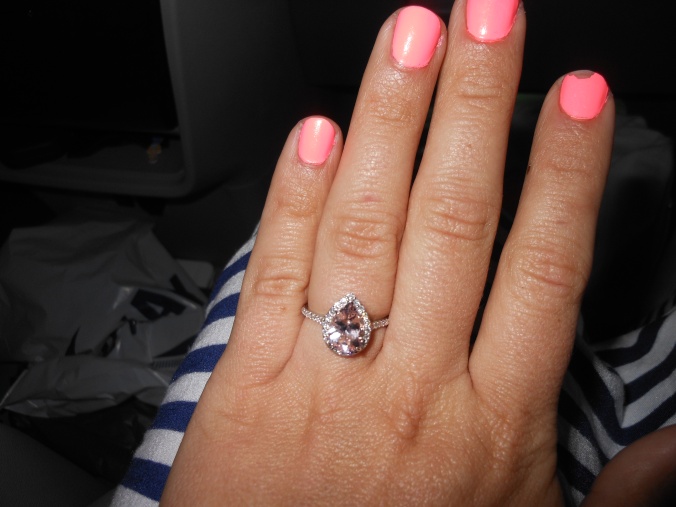 So yeah, that’s basically our story. We are coming up on 10 years since meeting. We have been through a lot together. I don’t think a single day has gone by since the day we met, that we haven’t talked. He is my very best friend, my world. ❤

Part 2 will be all about our wedding! Coming soon! 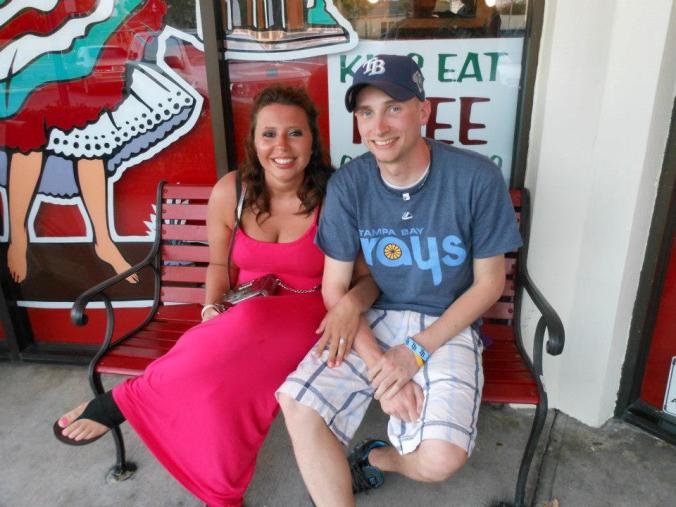 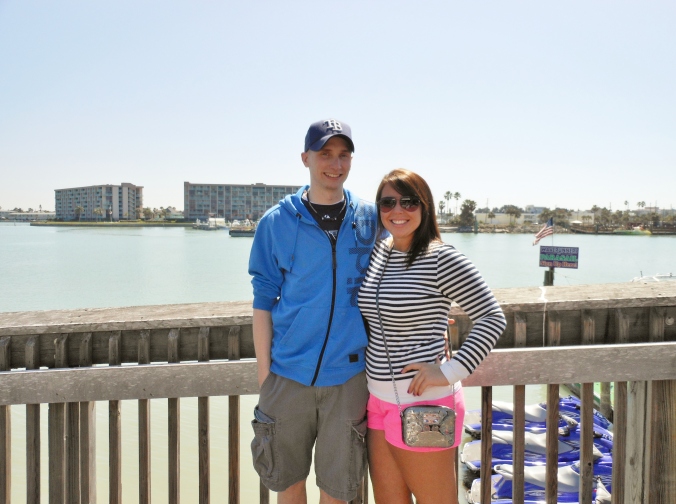 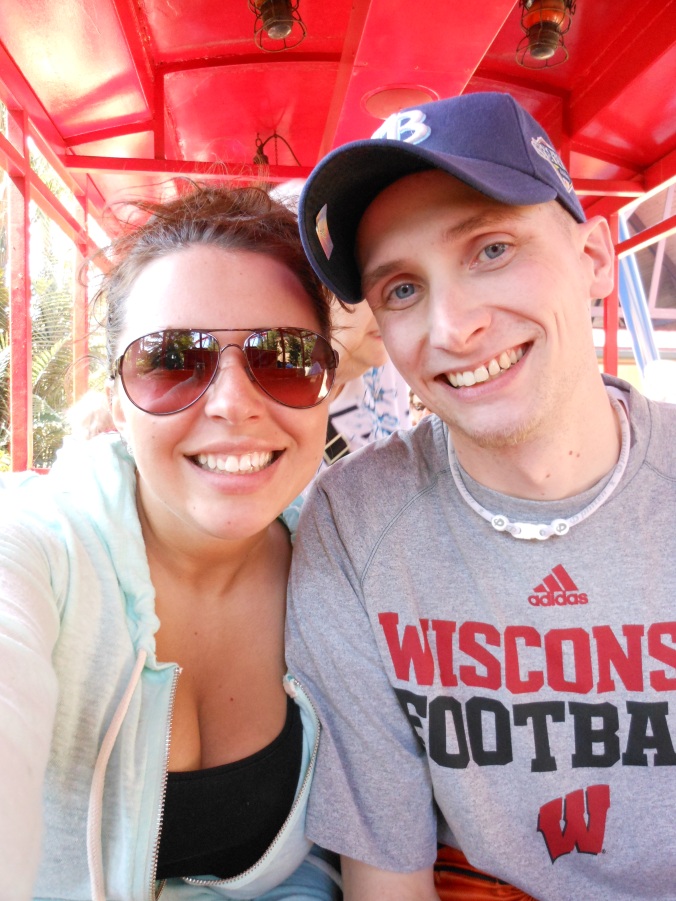 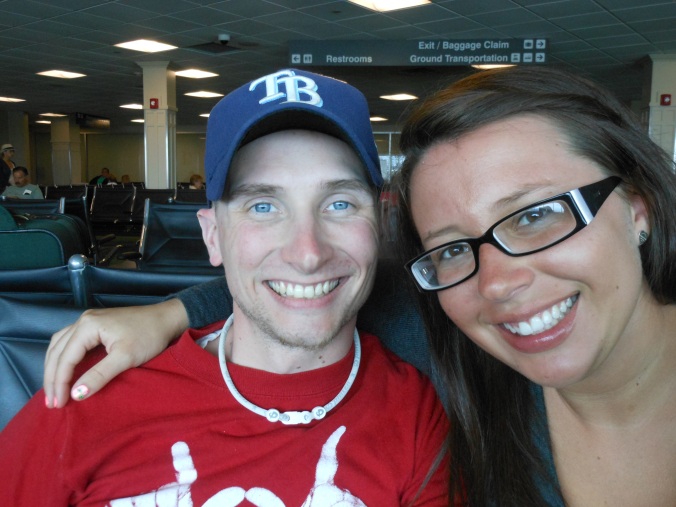 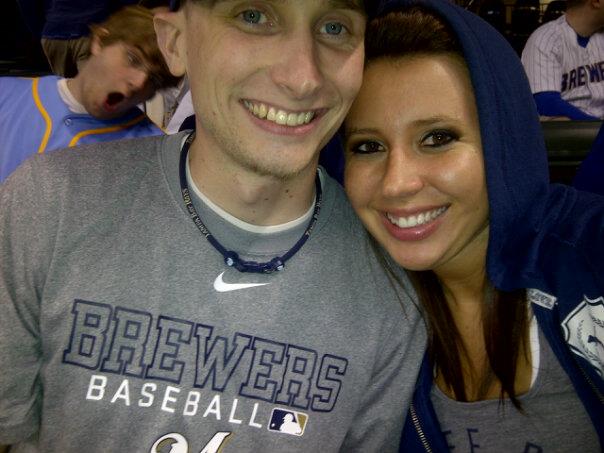 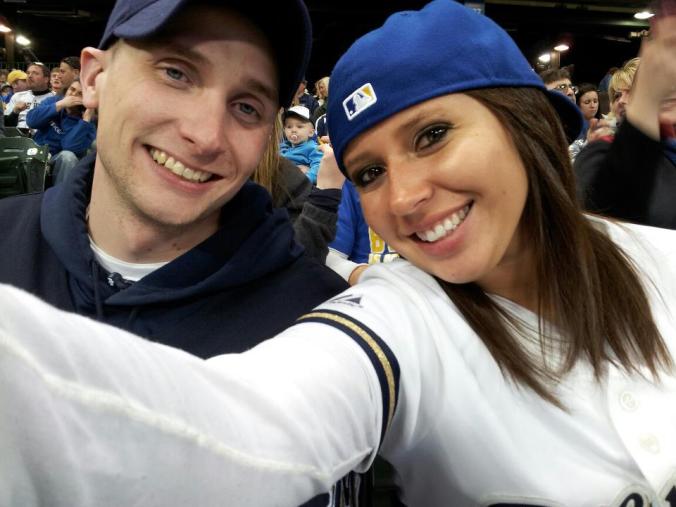 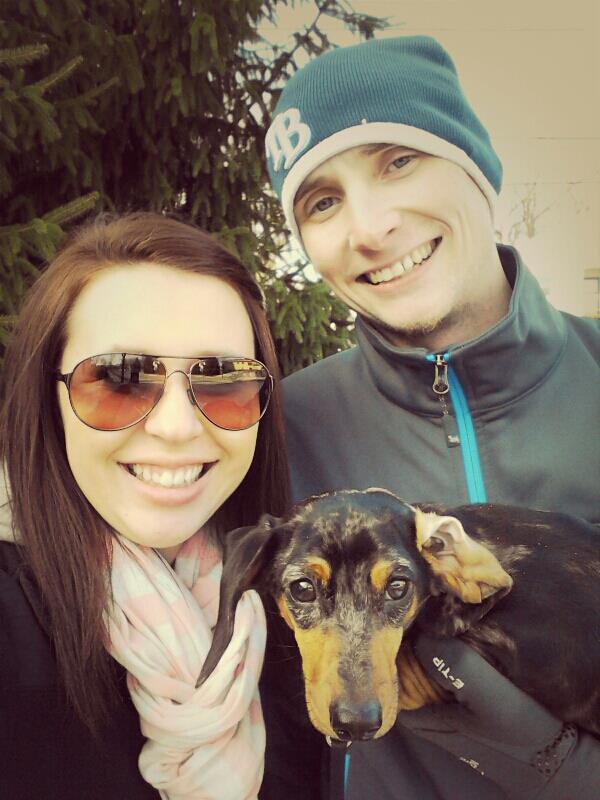 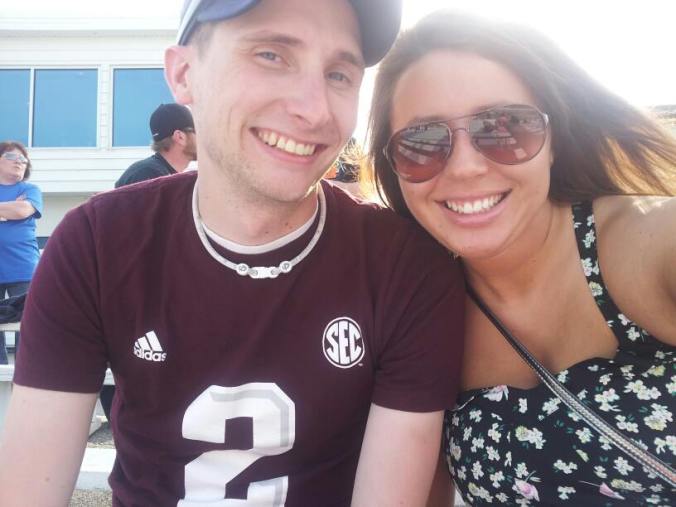 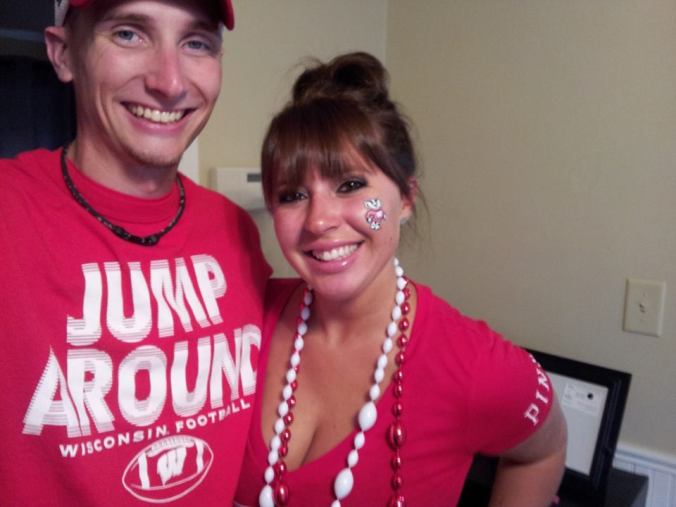 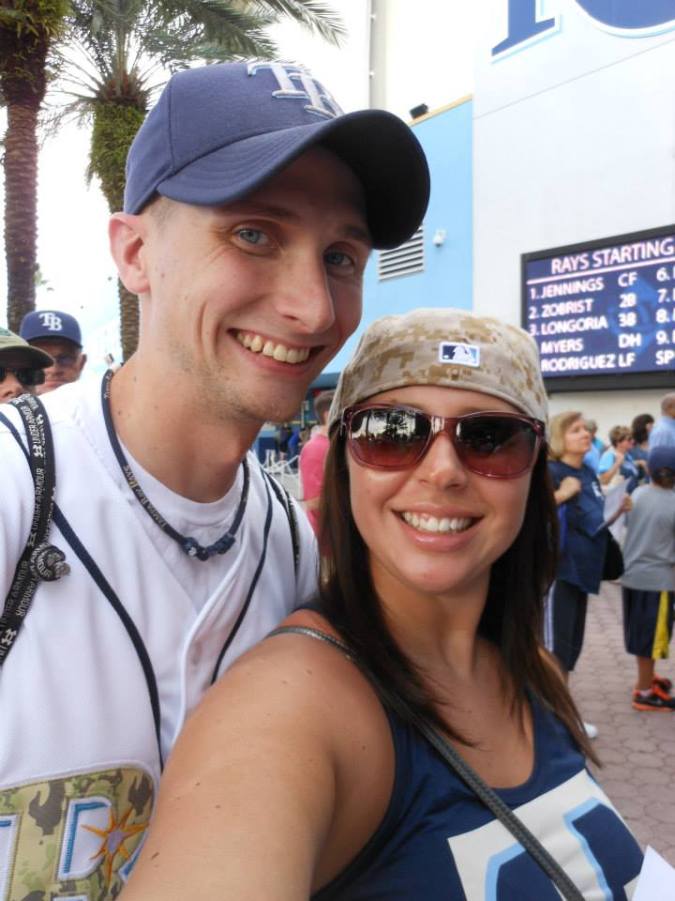 Amanda. Amanda. Amanda. 🖤🖤🖤
If I had a nickel for all the times I have rearranged this room...I would be rich AF.
New stickers will be available at 11 AM CST 🙌🏼. I apologize for the pictures. Since I did the iPhone software update, my WiFi connection is slow as balls so I can no longer use my camera until I upgrade my phone. So I had to use my phone to take pics 😭😭😭. Anyways, what I’m saying is, THANK YOU for buying my stuff no matter the picture quality. 🙌🏼👍🏼 I love you guys.
A birthday topper for one lucky pup! 🙌🏼🙌🏼
NEW stickers will be in the shop tomorrow 🖤🖤. Which one is your favorite?!
Took this picture 2 weeks ago, posting it now. Sums it up, right? . . Any other professional procrastinators out there? 👋🏼👋🏼
Edit - SOLD OUT. You guys asked for it, so here ya go! I drink coffee + I make things mugs are in the shop! Deets and pricing can be found in the listing 👍🏼. LIMITED QUANTITIES AVAILABLE (but I will restock). Also, I plan to do a shirt restock in February, so please comment below which size you need! Shirts are UNISEX sizing + they are pink! I wear a size small for reference. K, I’ll stop spamming y’all for the rest of the day 🤣.
Woot woot! 3 new food puns are in the shop! 3, because I randomly added the latte as a single, and we can’t have odd options, now can we?! Believe it or not, B came up with the poké one. Pretty good right? Proud of him 🖤. And cinnamon buns are 🤤🤤🤤🤤.
🤍🤍🤍🤍🤍🤍🤍🤍🤍. Added a few new color options to the shop, including warm blush (my personal favorite), which is PERFECT for Valentines Day! I am trying my best to come up with NEW things this year. So keep your eyes out 🙌🏼🙌🏼. And if you can’t see what emoji I used, it’s time for you to update yo phone 🤣.
Just designed and ordered 8 NEW stickers 🙌🏼. I should have them late next week. Also bringing 1 of my older designs back 👍🏼👍🏼. #beeyourself
My favorite gift that I received over Christmas/my Birthday is an Instax printer! I blew threw 2 whole 10 packs when I fired it up for the first time. And black + white is LIFE🖤🤍. Also, I don’t rock a lot of my own designs in our house, but I definitely have a few of my fave food puns on our fridge 🙌🏼. Which by the way, white appliances is seriously the best decision we have made thus far with this renovation. Just sayin’. Which food pun is your favorite?!
First post of 2020 and I’m showing my living room, AGAIN. #beenthereseenthat But there are a few new things since y’all have seen it last. This new TV stand from @westelm is a much nicer size for the room and TV. And the new shelving unit from @cb2 fills that weird awkward space nicely. And it’s another place that I can accessorize 🙌🏼. I’d be lying if I told you guys that I don’t rearrange/move things in our house constantly. Sometimes I feel like I’m doing it every Monday. I say to myself “one of these times, I will love it and won’t want to move it again”. PSYCH. That’ll never be the case. Anyone else constantly moving things? Or am I just CRAZY?
%d bloggers like this: